From 5th to 7th July this year, the Global Fact 4, a “fact-checker” international conference was held in Madrid, attended by representatives of the Bosnian-Herzegovinian fact-checking initiative “The True Thief”. 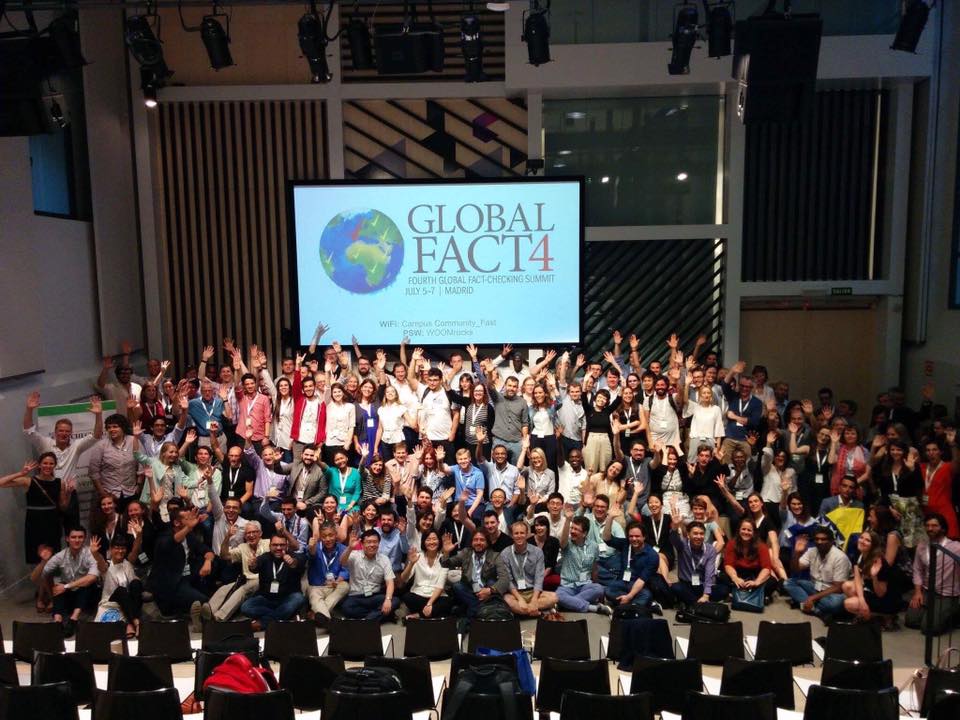 Global fact-checking is the largest international gathering of “fact-checking” organizations – by checking the accuracy of statements by public persons and institutions and other widely-used claims that are of interest to society. This year’s conference gathered 188 participants from all over the world, and its host was the International Fact Checking Network.

Among the 188 participants in Madrid were the journalists and editors of The Washington Post, BBC Reality Check, PolitiFact, Africa Check, Full Facts, Le Monde, Cimate Feedback and the Australian RMIT / ABC Fact Check; While representatives of the Google News Lab, Facebook, Wikipedia, Duke Reporters’ Lab, First Draft News and others also found themselves among the speakers.

The gatherers spent three days discussing the challenges faced by today’s media as well as democracy itself, in a situation where more and more media content that is not based on facts and lacking evidence is needed for citizens to make decisions based on accurate information.

The conference discussed the tools for automatic checking of facts, which are currently under intensive work and which should speed up and facilitate the process of fact-checking, especially on occasions when it is necessary to work in “real-time” such as speeches, political gatherings , Election campaigns etc. The conference also featured partnership projects of various media, academic institutions and civil society organizations, dealing with checking the facts from different angles.

Michelle Lee from Washington Post presented the latest fact-checking project of her home, focusing on the first 100 days of Donald Trump’s mandate; And the executive director of the Wikimedia Foundation, Katherine Maher, said that Wikipedia, as the largest collaborative online encyclopaedia, establishes and implements standards for collecting as much information as possible.

Ana Pastor, journalist and head of the fact-checking “El Objetivo” show on the Spanish “La Sexta” television, presented the specifics of television fact-checking, and his experience in that field was shared by Alberto Puoti, who works on similar RAI television program.

Tom Rosenstiel (American Press Institute), in his speech, called for fact-checks to focus not only on verifying the statements given by the representatives of the authorities. Instead, he suggested, one should strive to address issues of public importance as a whole – by providing facts and explanations so that readers, among other things, can independently make their own conclusions on these issues.

The unavoidable topic at the conference was also the question of spreading false news, their implications, and the ability to counteract the facts. In this regard, a panel discussion on the academic approach to fact-checking was attended by Briony Swire-Thompson (UWA / MIT), Thomas Wood (OSU) and Emeric Henry (Sciences Po), presenting the findings of cognitive psychology on how News media respond to “fake news” and their fixes.

CA Why not (Raskrinkavanje.ba) implemented the first phase of the project "Strengthening media literacy among young...
12.10.2020
Admin

The so-called Banja Luka panel, with the topic “Media literacy and youth”, was the third and last panel that was held as a part of “Media Literacy and Fight Against Disinformation In The Time of...
05.10.2020
Emir Zulejhić

Nine waves of the pandemic-related disinformation 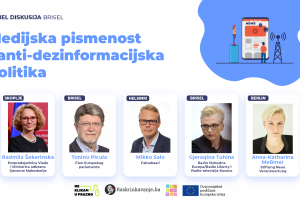 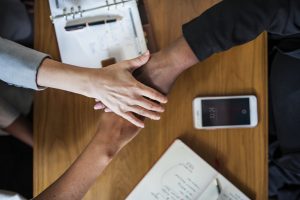 With great pleasure UG Zasto ne (CA Why Not) from Bosnia and Herzegovina announces the 6th Annual International Fellowship Program for participants from the MENA region for the year 2020. This...
25.06.2020
Admin

December 5, 2018
Legitimacy and integrity of elections – a necessary step towards European values

December 3, 2018
THE BOSNIAN ELECTIONS: What happened and why?