Current situation regarding strategic reform challenges, as well as the main findings of NGOs on the achievements so far, indicate that the public administration in BiH remains dysfunctional and subject to political influences. The institutional and legislative framework is in place, but cooperation between key institutions is insufficient. The results of the research on the progress of reforms in the field of public administration conducted by U.G. “Why not” showed that regulations are not applied at all or are inadequately applied, while control and monitoring mechanisms are weak or non-existent. 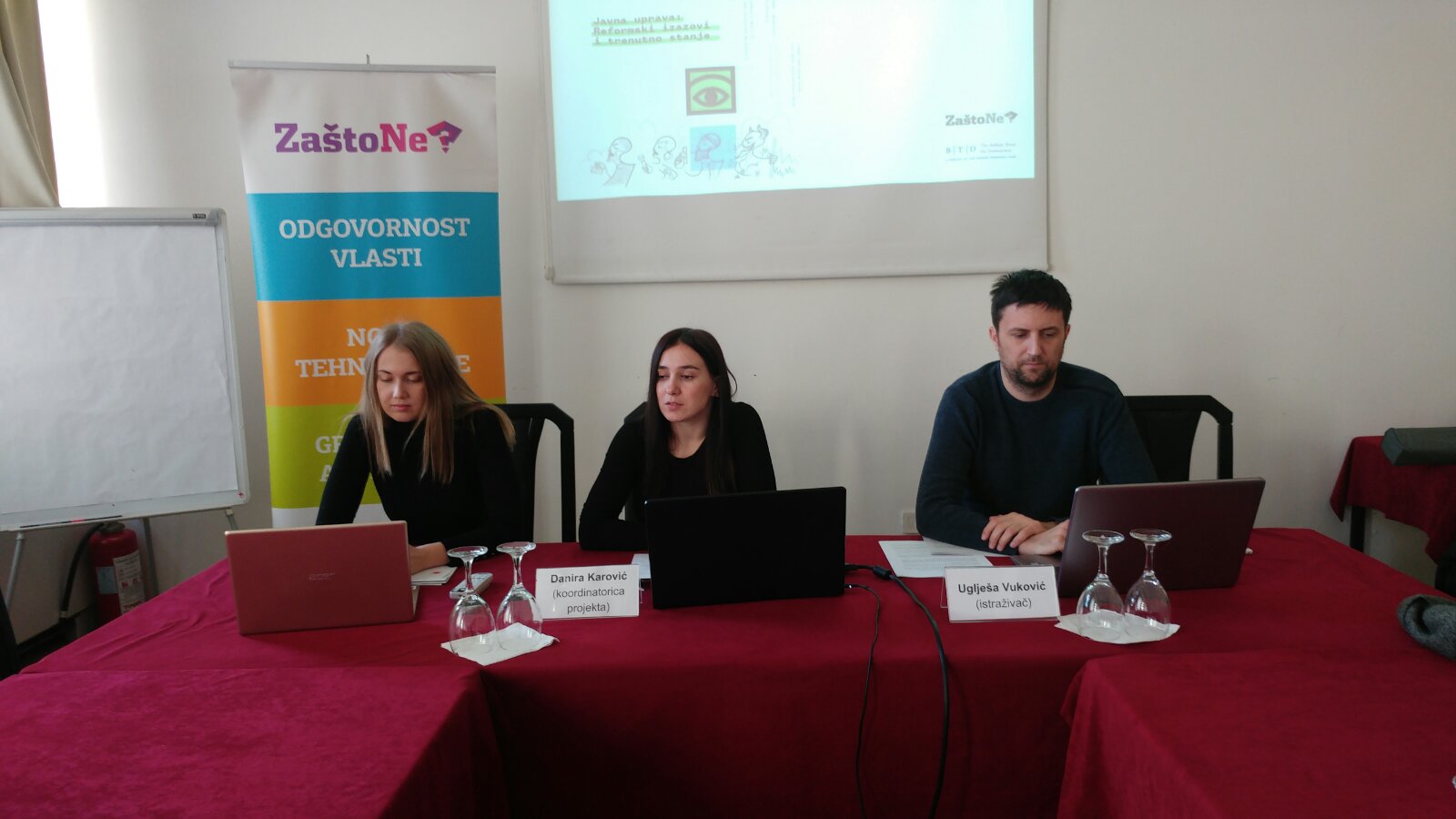 Such data are worrying given that public administration reform is one of the preconditions for the successful integration of Bosnia and Herzegovina into the European Union, but also an obligation under the Stabilization and Association Agreement. Modernization of public administration in our country is not only an obligation on the EU path, but also an essential precondition for a responsible, efficient and transparent civil service.

The topic of public administration reform is talked about very often, but it is not approached strategically, nor are the results so far encouraging, especially those related to the allocated financial resources, which are mostly of a donor nature. The establishment of a clear strategic framework that must take place in the coming period does not only mean the adoption of a new Strategy for Public Administration Reform at all levels of government, but also implies the harmonization of policies with strategic goals. This further means that realistic and reasoned implementation needs to be envisaged and that decisions in all key areas need to be made in line with strategic principles.

Researcher Ulješa Vuković states that in the area of responsibility it will be necessary to amend or adopt a new Law on Freedom of Access to Information, and that it must not happen that a new proposal or legal changes are not in line with strategic commitments which should ensure greater transparency and responsibility in performing the work.

As it was said at the conference, the government’s refusal to involve civil society more meaningfully in the reform efforts is also problematic, whose recommendations and findings are invaluable, especially in circumstances when the administration still does not show signs of professionalism and political independence.

Finally U.G. “Why not” states that the government in BiH will have to seriously dedicate itself, at all levels, to the topic on which the EU accession process itself depends.

The research was conducted by UG “Why not” in cooperation with partners in the countries of the region – the Center for Democratic Transition (CDT) from Montenegro, the Center for Research, Transparency and Accountability  (CRTA) from Serbia, and the Metamorphosis Foundation from Northern Macedonia, and you can download it on the link below: