Civic activism is one of the most important programs of our organization and serves as the basis for our mission.

This program has the aim of raising civic awareness of the public and interest groups of the need for active engagement and participation in the process of decision making as well as fostering responsible government and public officials in BiH. Although in the first years we focused exclusively on demilitarization, our contacts with activist groups and experience served as the basis and beginnings of our organization and led to close cooperation with acquired contacts and activists groups from Spain, France, USA, and the region.

Promotion of civic activism became the focus of the organization for the first time in 2003 when, in cooperation with several groups and individuals, we organized an activist group “Dosta” (not directly affiliated with the present movement “Dosta!” which formed in 2005) and engaged in the campaign “I am not the center of the world!”. Afterwards we implemented several initiatives in the sphere of civic activism mostly involved with educating the public on activism, incorporation of the public, supporting other initiatives and other specific initiatives for various purposes. 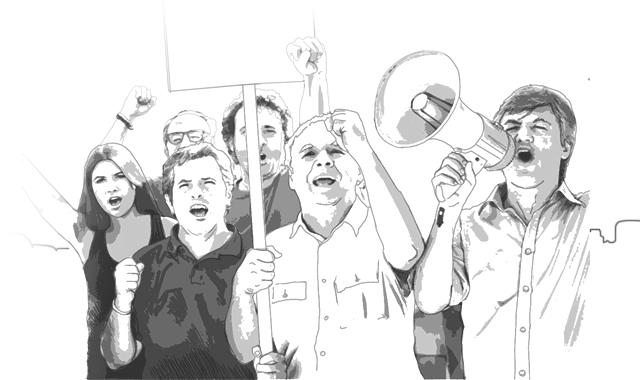